My poem 懐 ( なつ ) かしい ｓｈｏｅｂｏｘ 二 (nostalgia shoebox) 二 has been published as part of issue 8 of ctrl+v in three parts.

I’ll include the one of them below: 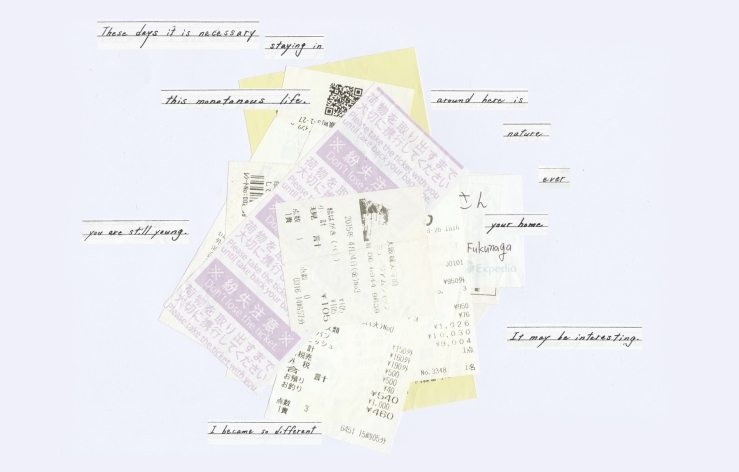 “Scattered ephemera from a trip to Japan five years ago, accompanied by fragments of letters from a monk. A bittersweet escapism in a time when we are unable to travel, but with the promise that such things will be possible again one day.”

The piece was originally created in a very long portrait format, but the editors reached out to me to ask if it would be okay to reformat it so that it would work better in the landscape format of their magazine. I added “二” to the title as a result of this, the kanji for two denoting a second version, and also because of it being visually horizontal to reflect the changing format.

The entire issue is able to be scrolled through here.

Written in response to examples of spirit photography featured as part of the Smoke and Mirrors: The Psychology of Magic exhibition held at the Wellcome Museum in London in 2019.

I was genuinely overjoyed to have a poem accepted to Pink Plastic House as I love the concept behind the journal and really admire the work Kristin Garth puts into the visual aspects. She even created a new room for my poem, the darkroom, with its own picture and everything!

The poem is able to be read in full here — as poems are published on a rolling basis it will make its way down the page, so you’ll need to search my name to find it, or use this image link instead.